Our Board of Directors are the senior leaders of our organization - they set our strategic direction and are among our greatest advocates.

If you are interested in joining the Board of Directors, please send a message to info@seattleadaptivesports.org

Seattle Adaptive Sports (SAS) is a non-profit, 501(c)(3) organization recognized by the US Olympic/Paralympic Committee as a Paralympic Sports Club.

We believe that team sports are a powerful vehicle for personal growth & development for people with disabilities. As Western Washington's leading adaptive sports organization, we build and support recreational and nationally competitive teams, including wheelchair basketball, sled hockey, power soccer, and goalball.

To enable people with physical disabilities to push beyond their limits and reach their full potential​.

Seattle Adaptive Sports will be a regional hub that connects athletes and the community with opportunities to compete, learn, and grow. 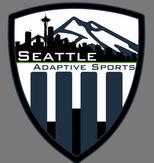